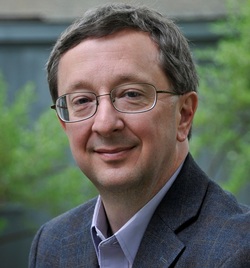 Keith Stevens (Managing Director) marks his twenty-fourth season as Managing Director of the Peterborough Players in 2019. Under his leadership, the Players has reached a record number of subscribers, greatly expanded its season, increased its budget, successfully completed two major capital campaigns, and renovated its facilities, including the $1.2 Million stage reconstruction/theatre renovation completed prior to the 2006 season and the on-campus housing project opened in June of 2013.
​
Prior to coming to Peterborough, Keith worked for five years as the General Manager of the Merrimack Repertory Theatre in Lowell, MA. Other jobs have included Community Relations Director of the American Stage Festival in Milford, NH, Managing Director of the Charlotte Repertory Theatre in Charlotte, NC, and Managing Director of the Jenny Wiley Theatre in Prestonsburg, KY. He has served on negotiating committees for the Council of Resident Stock Theatres and the League of Resident Theatres, and holds an MFA in Arts Administration with a concentration in Directing from Virginia Tech and a BA in Theatre with a Capstone in Business/Marketing from Ohio State. He currently teaches as a lecturer in the Department of Theatre and Dance at Keene State College in Keene, NH and has taught and directed at Franklin Pierce University in Rindge, NH. Keith was a founding member of the New Hampshire Theatre Awards Executive Committee and represents the Players in the New Hampshire Professional Theatre Association.

For the Players he has directed Stuart Little (twice!), The Velveteen Rabbit, Snow White (also twice!), A Wrinkle In Time, Jack and the Beanstalk, The Secret Garden, Alice’s Adventures in Wonderland, Hansel and Gretel, Ramona Quimby, A Duck Called Ugly, The Emperor’s New Clothes, Father of the Bride, A Number, Copenhagen, Rounding Third, Red, Annapurna, and Wittenberg. In 2019, he will direct A Doll's House, Part 2. He directed Light Up the Sky and Proof for Franklin Pierce University, and recently directed Free Will for ConVal High School. He has appeared in Picasso at the Lapin Agile, As You Like It, Light Up the Sky, Love’s Labours Lost and The Return of the Prodigal for the Players, and The Impresario for the Raylynmor Opera. ​